This year I am at the Nova Rock festival documenting the work of the Austrian Red Cross. Many of my photos will be on Red Cross’ website… stay tuned.

I was asked to take photos at Red Cross’ Paramedic Championship in Güssing (Landesbewerb für Sanitätshilfe in Güssing). Here’s some impressions. Photos are by me but now property of Rotes Kreuz Burgenland.

Patient is ready for transport to hospital. Güssing, 2013

The guy felt a sudden pain in his chest and drove a prybar right through his forearm. Güssing, 2013

Paramedics being closely looked upon by the evaluators. Güssing, 2013

Team from Oberpullendorf taking care of a broken leg. Güssing, 2013 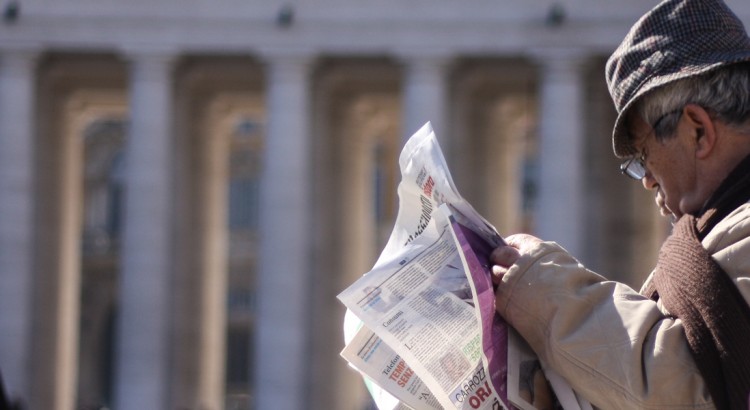 My first more extensive update in quite a long time will be about my trip to Rome in February of this year. Realising that what I needed was a getaway I spontaneously booked a trip to Rome.

I want to maintain a kind of less-words-more-photos policy for by blog, so I won’t talk too much and just give you the photos and a short story to each of them.

After my arrival in Rome I first went to see the Coliseum and the Palatine Hill. It was impressive seeing this huge building for real for the very first time. My visit coincided with the last two weeks of pope Benedict XVI’s popeship (is that what it’s called?), so there were huge crowds in Saint Peter’s Square, especially during his next-to-last Angelus prayer.
On the way to the Vatican Museum a lot of “guides” tried to talk me into taking a tour where I could also “skip the queue” at the museum’s entrance. My theory was, that if everyone joined the tour, the queue for the guided tours would be longer than the queue for self-guided tourists like me, and at the museum I in fact had to queue no longer than two minutes. I also visited Saint Peter’s Basilica, as well as its cupola, which is quite impressive (especially the walk up, where you walk inside the cupola), but very crowded even in February.

View from the cupola of Saint Peter’s Basilica. Vatican, 2013

My best Cappuccino ever – on the roof of Saint Peter’s Basilica. Vatican, 2013

Crowds gather in Saint Peter’s Square as Pope Benedict XVI appears on the balcony for one of his last Angelus prayers. Vatican, 2013

Crowds gather in Saint Peter’s Square as Pope Benedict XVI appears on the balcony for one of his last Angelus prayers. Vatican, 2013

The Pope cleaning the papal carpet on a sunny sunday. Vatican, 2013

Rome is the perfect city for a short getaway. In February it is not as crowded as in summer I guess, although because of the resignation of the Pope Vatican was pretty crowded. There’s lots to see and if you don’t mind walking you can see all the main sights without paying for public transport.

I stayed at Hostel Mosaic in Rome, near Roma Termini station. The hostel was pretty cheap and clean, even in the evenings, staff was friendly, and security was good also (lockers in rooms, you have to ring to enter your floor or the hostel). I met some very nice people there, and I would stay again if they would somehow enhance their breakfast buffet. 😉

I just noticed that my last proper photo post was from when I went to Finland, in December 2011! So much has happened since, then, and there are so many great photographs I want to share.

Now my promise is that I will show you more over the coming weeks. I’ve been to England, Rome, I’ve done some experimental blacklight photography and much more.

Until the next post, I will leave you with a photo taken in Weymouth in summer 2012.